The "Love Love Kids" is the sensational, new singing group from Dayon, NV. Amanda, Brittany, Sofia, and Paris have performed throughout Nevada and California with Tim Nolte and his Children's Performance Choir, including national anthems at various sporting events. The newly formed Love Love Kids just finished filming a music video in Dayton and Reno, and are now in the studio working on new songs for their upcoming CD -- all while still attending their elementry school classes. They are auditioning new members and setting up singing engagements and special appearances.

An educational resource and positive force in the fight against bullying. Kids bullying other kids has to stop... NOW!!! Children, speaking frankly and carefully, can generate a brand new, unique perspective. Kids might see a solution that adults miss. With support and guidance from their parents, teachers, coaches, and mentors -- young kids can make a real difference on the school yard, on the Internet, at home, and away. 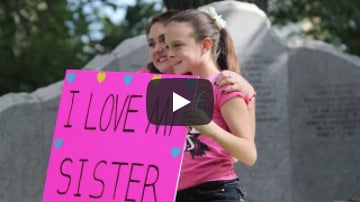 Rock & Roll legend, Rick Derringer, plays guitar on the Love Love Kids' newest single: Hang On Sloopy. The superstar guitarist/producer made the song a #1 hit in 1965, with his band, "The McCoys." The little singers sent their demo to the grammy-winning Derringer, and asked the busy artist to play guitar on their cover version. The band had "high hopes" to say the least!

But when Derringer and his wife, Jenda, heard the Love Love Kids songs and powerful "Anti-Bullying" message, they gladly jumped "on board." Rick called the grade-school singing group's version a "great performance," and when he finished his summer tour, the musician helped the kids finish their song: Hang On Sloopy.

Derringer's guitar solo is one of his finest... he is as good as he ever was on the instrument he helped revolutionize in 60's and 70's. In fact, Derringer calls his new band, The New McCoys, his "favorite band ever." In addition to his solo hits like "Rock and Roll Hoochie Koo," he has played guitar and produced for Edgar and Johnny Winter, Steely Dan, Todd Rundgren, Alice Cooper, Ringo Starr, "Weird Al" Yankovic, and many others.

The Love Love Kids are honored to have Rick Derringer play guitar on their new song: Hang On Sloopy. His solo is awesome!

The Love Love Kids have finished recording vocals, and are wrapping up their first CD. "Hang on Sloopy" is one of five songs at radio stations now! (Tell your local stations about the Love Love Kids)... The band is ready to make special performances and appearances and is in contact with the White House about a special show for the President and First Lady... that appearance would include Rick Derringer! For information about the band, please contact us!

The Love Love Kids band, from Dayton, performed their new song "Circle of Hope" at the Carson-Tahoe Hospital Cancer HOPEFEST on Friday, August 24. The five girl singing group created the song especially for the charity benefit that supports local cancer patients. One hundred percent of the proceeds go to patient support... this includes gas to get to appointments, help with co-pays and expensive medicines, and no-cost housing during medical treatments.

"It is great to be able to help cancer patients with our music," said singer Sofia (11 years old), "and it was fun too!"

Listen to the new song on SoundCloud!

The Love Love Kids will be making a huge appearance at the "Summer Kids Kick-Off Party" in Dayton, NV on June 9, 2018! Come join us as we debut some of our latest songs and make out stand against bullies! We're also introducing our newest Love Love Kid, Paige. You don't want to miss it!

The Love Love Kids performed for the Lyon County School Board meeting on December 19, 2017. It was an overflow audience at Dayton Elementary School and they were not disappointed by the girls show. They sang their new song, "So Hard to be Young," and each gave a personal message about bullying. The appreciative meeting-goers were really affected by the girls -- some were even in tears. Principal Sandberg said afterwords, "If this doesn't move you, nothing will." Sandberg and school Super Intendent, Wayne Workman, personally invited the Love Love Kids to the meetings.

When they finished their song, the audience gave them a loud and long standing ovation. As they were leaving the stage, one school board member, who was visibly moved, offered to donate his "time" if the band would play another song. They ran back to the stage and rocked the crowd with "Go Girl Go," another single from their upcoming CD.

The Love Love Kids were an amazing success at the board meeting. As the board member who gave the girls his "time" said at the meeting, "this is what it is all about."

The Nevada Appeal ran an awesome feature story about the Love Love Kids on Friday, November 24th. Reported Teri Vance did an incredible in-depth story about the girls, their band, and their "anti-bullying foundation." The article included quotes by the girls, a photo, a link to their website, and also valuable information about The Ellen Show.

The four Love Love Kids performed with the Children's Performance Choir at the Carson Plaza Retirement Home. Lead by Choir Director, Tim Nolte, the children put on a remarkable Veterans Day show for the appreciative audience. They are now preparing for Christmas shows.

The Love Love Kids' first newspaper article was about their music, busy summer of events, and their goal "to make it on the Ellen Show." The newspaper reported, "their music is geared toward anti-bullying and empowering young girls [and boys]." The paper also mentioned the girls' website and shared their amazing group photo with a Love Love Bear.

The girls and their bears just participated in the Nevada Day Parade in Carson City, NV on October 28th. They danced to their music and handed out free candy and lemonade to the appreciative fans along the parade route. 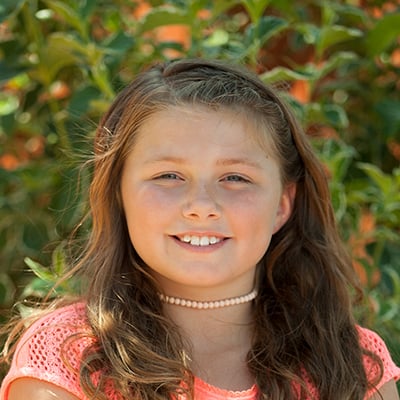 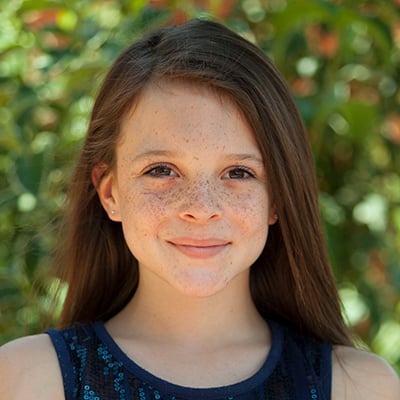 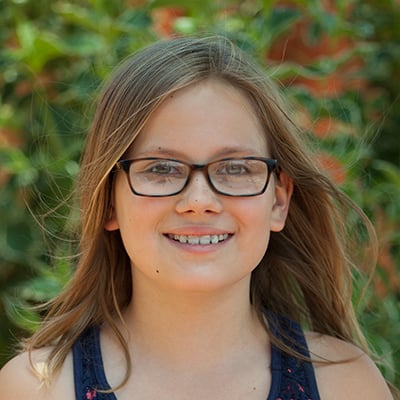 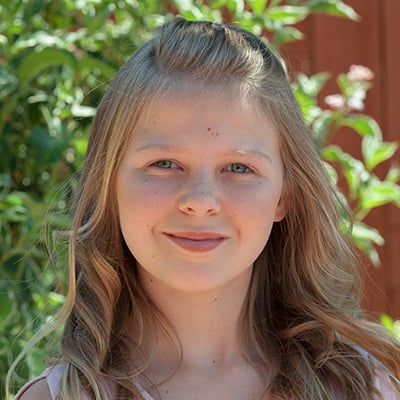 Sofia - Sofia is 10 years old and has been involved in Choir since she was 4 years old. Sofia has sung with the Children's Performance Choir, as a group, and has also performed solos. She has been involved in many performances around the Northern Nevada area. Performances have included singing in the areas retirement homes, the Governor’s Banquet, National Anthem at the Reno Aces Ball field, Christmas programs, local talent shows and more. Sofia also loves to Cheer and play Softball. In addition to singing, Sofia wants to be a veterinarian when she finishes school. Send Sofia a Fan Mail

Brittany - Brittany is 11 years old and has been singing since she could talk. In preschool, she would skip over nap-time to listen to her teacher sing and then she would come home and try practicing the melody she had heard that day. She has sung with the Children's Performance Choir for five years. She is very passionate about music and dancing. She takes dance lessons several days a week, and has danced at special video shoots at the University of Nevada, Reno. She is also the main Dancer with the Love Love Kids. Send Brittany a Fan Mail

Amanda - Amanda is 10 years old, and was born in Carson City, Nevada. She has sung with the Children's Performance Choir for two and a half years. She loves to sing and also loves the outdoors. She hikes and rides quads in the back country of Northern Nevada with her little brother, Andrew. Andrew is one of the stars of the music video and is an honorary member of the Love Love Kids. Amanda wants to keep singing and hopes to be on the Ellen Degeneres show someday! Her mom, Kristal, is the school teacher in their upcoming music video. Send Amanda a Fan Mail

Paris - Paris is 11 years old and was born in Carson City, NV. Ever since she was a little girl, she's always had a heart for entertainment. She loves watching musicals and theater presentations, but most of all, loves to sing! She sings along to everything: the radio, commercials, movies. She has been singing with the Children's Performance choir for 2 years. She also loves to be outdoors-- anything from soccer, running, swimming, camping, and jumping on the trampoline. One of her goals in life is to obtain a full scholarship to college for soccer. Send Paris a Fan Mail

The Lane Gordon Music Company, based in Reno, Nevada, creates music for radio and television. The company's holiday songs have played across America and around the world: on America's #1 daytime soap opera "The Young and the Restless," America's #1 night time radio broadcast "Coast to Coast AM," ABC and CBS News, "The Doctor Demento Show," "Fireside Christmas," Halloween Radio, Happy Christmas Radio, and more...

The Lane Gordon Music Company, was founded in 2002 by the songwriting team of Gordon Simons and Lane Cameron. Gordon Simons (songwriter/producer), graduated Phi Beta Kappa from UCLA, and worked in the Los Angeles Radio scene before moving to the Reno-Lake Tahoe area. Lane Cameron (songwriter/producer/engineer/musician), studied at the prestigious Berklee College of Music. Lane has shared the stage with the Allman Brothers, Starship, and Crosby, Stills, Nash, and Young, to name a few.

Lane Gordon is comprised of talented singers and musicians who perform throughout Nevada and California. The members have worked with some of the biggest names in the music business: Jefferson Starship, Mickey Thomas, Craig Chaquico, The Diamonds, Tower of Power, Cold Blood, Bob Hope, and Elvin Bishop (Billy Slais, their veteran saxophonist, was featured on Elvin's mega-hit, gold record: "Fooled Around and Fell in Love"). One of the group's singers, Gary Douglas, sang on broadway for many years before touring with The Diamonds.

Music coming soon on iTunes and Amazon. Please return to hear it!